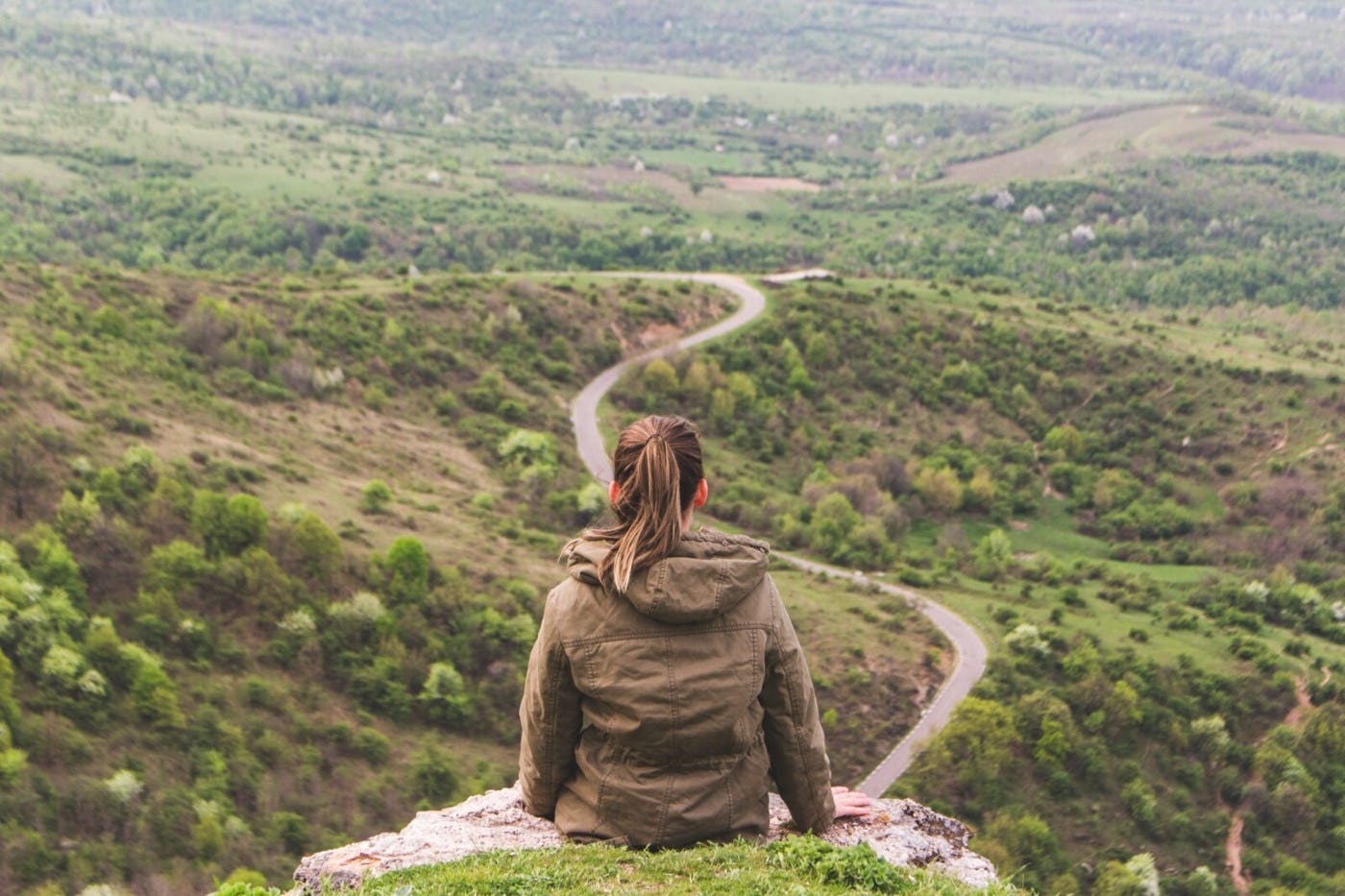 Elena spent many years working in advertising at a London-based agency. It was during a sabbatical travelling across South America where she was able to take the time to reflect and realise her dreams of becoming a translator. She completed a diploma course as part of her career change and has plans to continue ongoing training this year.

With her strong belief in developing work we really love and the importance of finding our ‘happy place’, she encourages us to have courage in making big changes. Elena’s story demonstrates that sometimes we need to take time out to discover what is right for each of us, and then we can make the right changes to create the career and life that we want.

Several different reasons! Mainly, I needed to find something I really loved doing, and I realised that had to involve languages — my whole background was in languages and linguistics but after my PhD, I decided to do something different. My boyfriend and I were also fed up with London and wanted to move somewhere we could have more space… and a dog.

When we decided to get married in May 2017, it seemed like a natural break in our lives, so we quit our jobs and went travelling in South America for nine months. When we came back in February 2018, I started working as a freelance translator and then in June that same year I found my current job.

Not immediately. Travelling and exploring is an excellent opportunity to reflect on your life choices. When you’re not stuck in your day-to-day routine you get a better perspective on what really matters. I’d say that six months into our trip I’d made up my mind.

Plenty! For starters, I had no formal qualifications in translation, and while I’d effectively been doing it throughout my studies/career, I had never been paid to do specifically that — it was always part of a bigger project. So yes, I had to spin my whole CV around and rethink my entire work and academic experience in light of that.

Then I had to go and get some qualifications — I looked around for the best certificates available in the UK and in the end, I obtained a Diploma in Translation from the Chartered Institute of Linguists.

The other main challenge was starting out as an unknown freelancer — it took a lot of grafting and accepting low rates and jobs I didn’t like!

Then, my dream is to actually become a literary translator — so translating books rather than marketing/commercial content. That is a separate effort in and of itself, and something I’m pursuing in parallel to my day job as a commercial translator. This summer I was accepted at the British Centre for Literary Translation Summer School, and then I also got a place on the National Centre for Writing’s Emerging Translator Mentorship Scheme (ongoing).

I wouldn’t say I’ve changed as a direct result of that. Rather, my career change was part of an overall transformation I went through at that particular stage in my life.

There definitely was a sense of taking things in a different direction and just having the courage to do what I needed to do to get to my happy place. That meant changing job, taking a sabbatical, marrying the love of my life and relocating to a different city altogether where we had absolutely no connections.

Yes. I am very grateful for all the project management (and people management) skills I gained during my years in advertising — they definitely come in handy as a translator too.

Being a fully fledged literary translator. The dream is to be able to fully support myself financially by translating books — I’m working on it!

If you feel it’s time for a change, then listen to your gut. When you get that vague feeling of uneasiness hanging over you, if you find yourself daydreaming about another life — even if you have no idea what you want to do let alone how to get there, take that first step.

Mind you, financially speaking, that takes some planning — the ‘just quit’ is a bit of a myth I think that needs debunking. Most people can’t afford to leave everything behind at the drop of a hat and go find themselves in the jungle, so to speak. We saved for over a year to be able to do what we did and then lived extremely frugally for nine months.

But that first step, i.e. acknowledging you are dissatisfied and committing to making a big change in your life — don’t delay that. Act now, set yourself a goal and start figuring out the steps one at a time.

Also, don’t lose faith. You will encounter obstacles, but take everything in your stride. Even the setbacks bring you closer to where you want to be.